The miracle of my pregnancy and Natural Birth 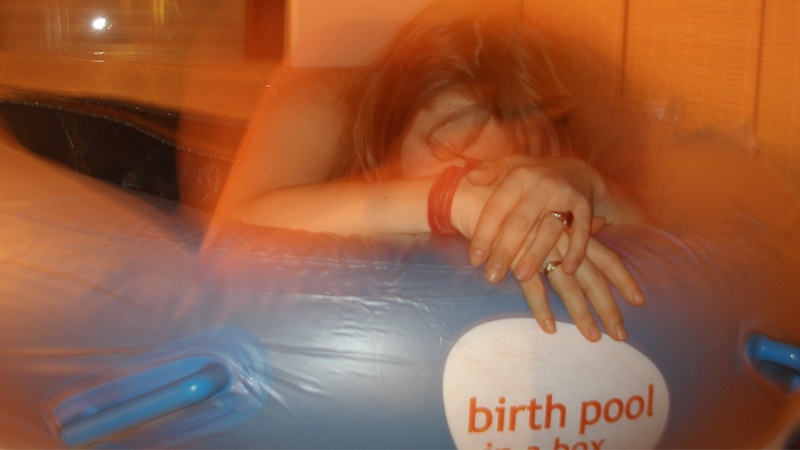 I want to tell the story about the miracle our daughter was for us, and how important her birth was for me to know I am just a small, but very powerful part of existence.

The doctors said in order to get a child, I needed to undergo hormone treatments. I am a person who wants all natural and the last thing I wanted to have was hormones poured into my body. I had a big wish for a child, but I also had the feeling there was a reason why it had not happened. God operates in mysterious ways, and I trusted the inner knowing that if it was supposed to happen, it needed to come in a natural way……. So after the blow of what the doctors had said, I understood I needed to let go of the wish to become a mother in the bodily sense.

I travelled with my partner Praful to Australia and New Zealand on tour, still in the process of digesting it all. In a way, it was a travel into my own body and it would eventually give me an insight and understanding as to why I had not been able to get pregnant.

When being at the Prana Festival, I was one day walking over the grounds that had been holy land of the Māori, the indigenous of New Zealand. It was a special place where they used to hold rituals. I felt pulled down to Earth and it was as if I was consumed by her. I needed to sit down and, with my eyes closed, many lifetimes flashed in front of my inner sight. It showed me pain, loneliness, love…..but most of all the miracle of birth. In a blur I saw a woman walking up to me asking me if I was ok. I said with a thin voice………yes, I am. She said: “ I know you are in a trance right now, and also it all has to do with the want of a child. I can help you if you let me.” I only said ” Yes”, without thinking. I was still dizzy after what had happened. She held my hand telling me she was a healer and a natural birth midwife. She guided me to a place inside, where I was covering my ears, remembering my friends’ children screaming more than I could handle. The woman said: “If you choose a child that you are able to handle, God will give you exactly that. You are not your friend, she choose what she needed to go through. You need to choose yourself what you need to experience. Write everything down in great details about this child and later, when you are ready, do the same for how you would like this birth to be. She told me she had helped women birthing in the sea, where even sometimes the dolphins came. Something sparked in me, I was ignited with light and hope of what was possible.

When I came home from NZ and Australia, I got an infection and needed to go to the Chinese doctor to get herbs to boil and drink. She asked me if I had any other wishes.

Without thinking I told her I would love to have a child. She asked if I had taken scans and everything was fine with my ovaries. I told her all was ok, except that they had diagnosed a hormonal imbalance. She said ”that’s not a problem at all, I can heal that, but you need to commit to the cure and cook herbs every day, if the treatment should work.” Her examinations revealed a fungus in my womb, and I needed to do acupuncture and a weekly terrible massage on the spine as well. It was the worst treatment I ever have had. It was so painful when she was hitting with wooden sticks on my spine and the massage she gave me, made me cry every time. When I look back it was worth it all – because what is a bit of pain, when the bliss of becoming pregnant after the 3-month treatment is so overwhelming and magical?

Yes, I did become pregnant. And the conception was also very special. I came home to my beloved from a goddess weekend retreat and was all shining and beaming with love. That night, when we made love, we suddenly looked at each other and said: Should we make our child now? I remember myself toning during our mutual orgasm, something I believe I had never done before. And so it happened, and we just knew right away that our child was conceived that night.

After just a month of pregnancy I had already found a midwife, a Doula (helper) and a place to give birth, in case there were complications during the planned home birth. All was settled – until we heard that we needed to move from our house. My husband is born German, so we spontaneously moved to Germany when I was already 7 1/2 months pregnant. There my search for a midwife at first looked gloomy and almost impossible at this stage (here only 3% of births are at home). But I believe God and the angels helped us, because the second midwife we called came to my rescue and took me in. I felt so blessed – perhaps she took me onboard because she felt sorry for me. I was in Germany without talking the language, not knowing anybody except my partner, and on top of that in an area where home births are quite unusual. I trusted this midwife from the moment I saw her – with her I could share all truths, details of my past. She was even an acupuncturist and herb expert. Later I got to know she was the best midwife in the area – it was as if we were destined to move to this place also because of the birth and this divine help we got. It also shows me that when we are aligned with Lifes’ and Gods’ higher purpose, the support is tremendous and we are moved and supported in magical ways.

I was already 11 days over the estimated birthing date. The midwife had told me that this was the last day she was agreeing to do home birth, from tomorrow on it would have to be in the hospital. After examining me, she said that the baby also needed to come urgently because there was little amniotic fluid left in the womb. She gave me a mixed herbal tincture to help induce the brith, although there was no guarantee it would work. Then she left.

Just an hour later I was on the toilet all the time, and then contractions started. It was really painful, and it was as if a machine was inside me taking over my body. A very strong machine……

I was laying on my Gym ball trying to breathe with the pain and circle my hips in clockwise spiral movement, as I had learned in the workshops with (natural birthing icon) Elena Tonetti-Vladimirova. It was supposed to help the pain and also give the babys’ head a grip to move down towards the opening – like a corkscrew. It creates a downwards vortex, and mother and child are helping each other, moving in opposite directions to descend to the birth channel.

At some point I told Praful I need to be in the birthing pool, because the pain became very strong. When I was in the pool it soothed me, I could hang over the pool edge and let my body make circular movements in a more soft and tender way. When the midwife arrived, she didn’t speak, she just met my eyes and knew I was in a trance. When at some point Praful suggested something to me, I was a fierce and determined women not to discuss with. I knew what I needed – I was a Kali as they say in India, a Goddess of no mercy. The trance and the birthing process made me go into a deep sacred place in myself, but at the same time so alert. The pain increased, I got pulling contractions and told my midwife something had changed. She examined my opening and saw I was ready for delivery. Praful hurried to get in the pool with me. When the pulling contractions came in waves, I felt a spiral from the earth and a spiral above from the entire Universe connecting in my belly. It connected me to everything, to the Ones of all. It lead me to a place where I was ready to die for my child. I went beyond pain, I went beyond reason in mind, I went to the Source and there was only LOVE and I surrendered completely. I turned towards Praful and laid down in his arms. At that moment, waves of electricity came moving me, it was a major orgasm taking over my whole body – it was so strong that I could not hold anything back. Isha was born in a huge enormous orgasm. Our daughter came out underwater, where she floated for a few seconds before my midwife put her on my chest. It was the most sublime feeling to have her rest there. A miracle had come into our life. Love just was streaming and beaming in me towards this child, held and supported by Praful behind me. It was the most amazing feeling I had experienced, and it was the most perfect way our child could have been birthed.

I was lucky, because the constellation between me, the midwife, Praful and Isha, was just perfect. What was so amazing about this midwife was also that she was almost not there, she left the experience entirely to us. She only stepped in at a few points when it was necessary. I later understood that the setup I had chosen at first back in Holland, with midwife and Doula, would not have worked the same way. Even Praful had said in Holland that he felt he would have been somehow overpowered and overruled by them. But at that point I could not really feel clearly what was the right way. I was goal oriented and driven by control, to just have it settled quickly and have someone there for a safe and good birth.

What I want to say is that: We are never safe from death, we can die during birth or anywhere else, even under a tree in the idyllic garden. We never know……but the beauty of it all is that we are made women, and that means that we are able to give birth naturally without any drugs, not even hospitals. It’s the most natural thing to do, but to surrender is the key. Surrender to pain, to death, to any idea of perfection, to your own wishes and plans – basically surrender to life. Just think of Maria and Josef, they were forced to be in the stables to giving birth – I am sure that that was perfect for them and Jesus. When I had no control, life gave me the perfect people and place to give our child the perfect start into life.

But this is just my own personal story, and it’s bound to be different for everyone. So I highly recommend to not push anything – follow your heart, and if it’s too scary to do it at home with a midwife, find a place that feels right for you. Perhaps an alternative or natural birthing clinic that takes good care and provides more safety and security. I just wanted to share my story to make it clear that birth can be a doorway to God and enlightenment, even pleasure.